A whole life to live 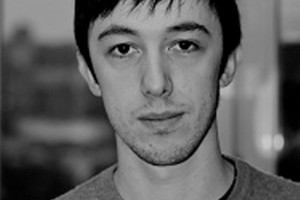 Director, assistant director, screenwriter, composer and film critic, Victor-Emmanuel Boinem was born in Liège in 1988. He spent his childhood between the city and the countryside. During his teens, he got interested in rock music before being captivated by the cinema of Bresson, Garrel, Rohmer, Bunuel but also the one of Monty Python, Tex Avery, Luc Moullet, by romantic comedies and reality TV in general.

After a Master’s degree in directing at the INSAS in Brussels (2006 to 2011), he got a Master’s degree in Performing Arts at the University of Liège with didactic purposes and immediately shot his first feature film the post-production of which began in early 2014. He is also an assistant director, a writer, a teacher, a composer and the artistic director of web-label Pop Katari Records. He took part in many festivals as a juryman and film critic (Festival du Film d’Amour of Mons, New Horyzonty in Wroclaw, and Semaine de la Critique in Cannes, …).